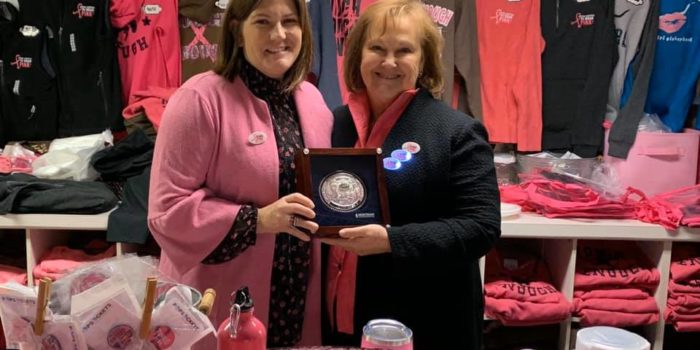 The campaign was created in 2004 by Wheatley, wine industry executive and matriarch of a professional rodeo cowboy family and Karl Stressman, former director of special events for Wrangler and former Commissioner of the Professional Rodeo Cowboys Association (PRCA). The idea was to raise money and awareness for breast cancer by challenging rodeo competitors and fans alike to wear pink. Wrangler is the title sponsor of TETWP and a portion of proceeds from merchandise sold within the Wrangler Tough Enough to Wear Pink merchandise collection goes back to the campaign fund. 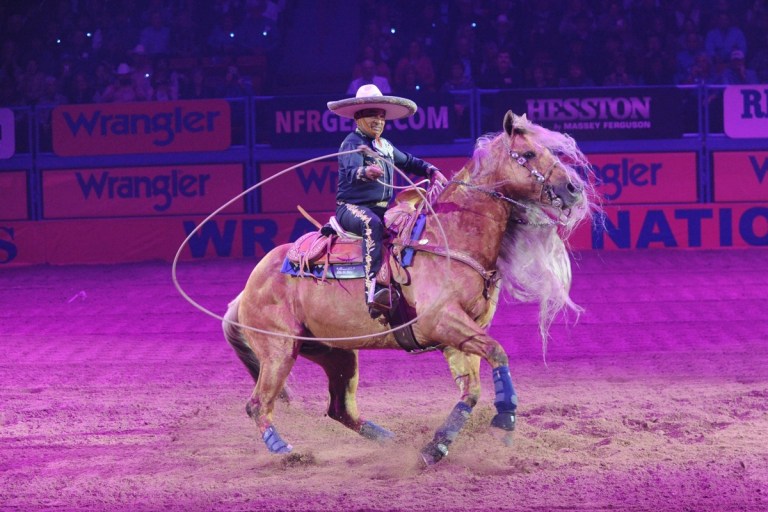 Along with the generous support of western businesses such as Wrangler, Montana Silversmiths, Las Vegas Events, Twisted X Boots, Cinch and Purple Cowboy Wines, Wrangler TETWP relies on the hard work of regional rodeos and western events across the country. The strength of the Wrangler TETWP campaign is funds raised remain within the community, benefitting local breast cancer charities. It is the dedication of volunteers on the ground at local events that drives the campaign.

“When we started the Wrangler Tough Enough to Wear Pink campaign in 2004, we were overwhelmed by the support from the Professional Rodeo Cowboys Association, businesses, rodeo athletes, rodeo committees and western communities across the country. What seemed like an impossible dream to raise $50 million by our 20th anniversary in 2024 is well on the way to becoming a reality,” commented Wheatley, herself a breast cancer survivor. 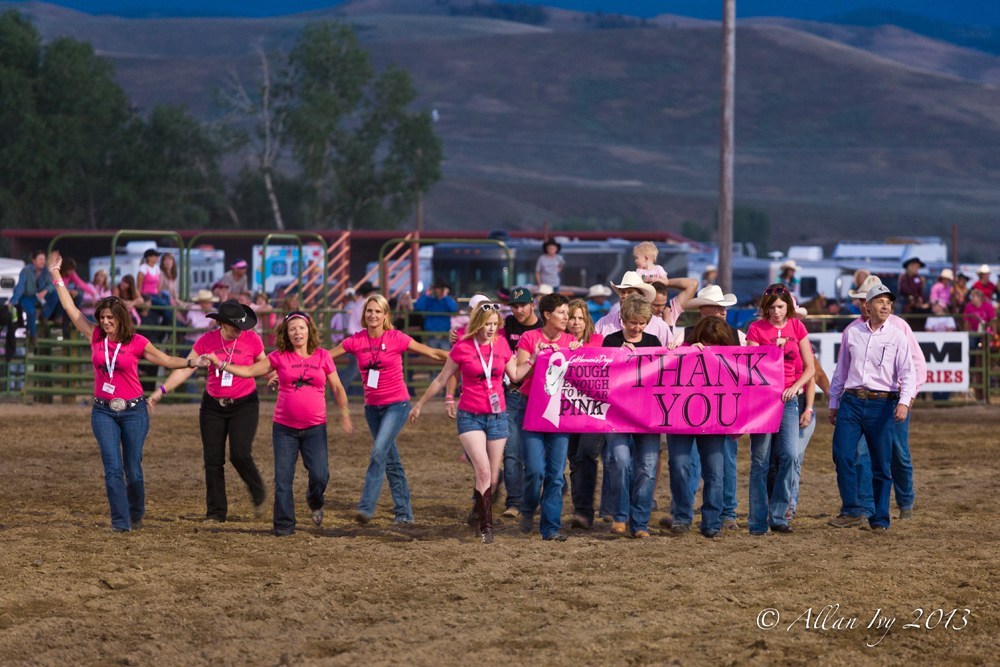 A notable example of the grassroots efforts is #1 PRCA rodeo fundraiser, Cattlemen’s Days Rodeo in Gunnison, Colo. A long-time Top Five Wrangler TETWP fundraiser, the Gunnison community has raised more than $3.2 million through the TETWP campaign to support the fight against breast cancer in their hometown.

Lacey Wheatley, Terry Wheatley’s daughter-in-law, is the Director of Wrangler TETWP and coordinates with rodeos and other non-rodeo organizations to create the pink-themed fundraisers. 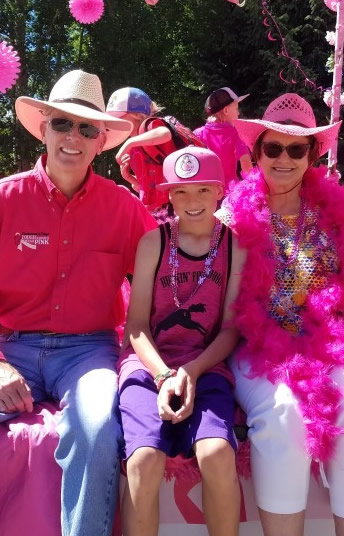 We greatly appreciate your donations to Cattlemen's Days Tough Enough to Wear Pink!  Your donations help fight breast cancer in the Gunnison Valley.