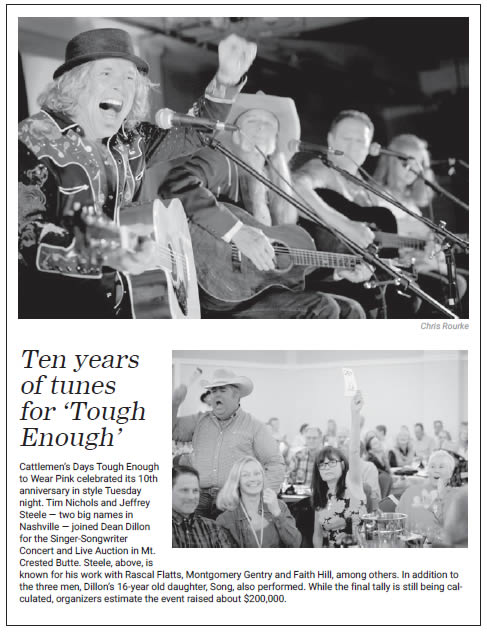 Cattlemen’s Days Tough Enough to Wear Pink celebrated its 10th anniversary in style Tuesday night. Tim Nichols and Jeffrey Steele — two big names in Nashville — joined Dean Dillon for the Singer-Songwriter Concert and Live Auction in Mt. Crested Butte. Steele, above, is known for his work with Rascal Flatts, Montgomery Gentry and Faith Hill, among others. In addition to the three men, Dillon’s 16-year old daughter, Song, also performed. While the final tally is still being calculated, organizers estimate the event raised about $200,000.