Dear TETWP Board and Staff,

I am writing to express my gratitude for the support I received from TETWP this year. Last year, I had an abnormal mammogram followed by a diagnostic mammogram. There was some concern over a small area in my breast, but the advice I was given and took was to wait 6 months and follow-up. Fast forward to June 2020 for my follow-up mammogram and ultrasound, which unfortunately showed some changes therefore I had a core needle biopsy.  The pathology results showed some cause for concern and so a second opinion was recommended which ultimately showed radial scars and they were recommended to be surgically removed. Fast forward past several more mammograms, MRIs and second and third opinions to my lumpectomy in November. The doctor called the next week and said, “Your pathology showed three radial scars and no cancer. I did the same surgery for radial scars on another patient the same day and she was upgraded to cancer. You are very fortunate.” My heart broke for her, but the relief I felt for myself and my family brought me to my knees.

My mother died from breast cancer at 58 years young. I was 24 when she passed. I was the exact age of my daughter (7) when she was initially diagnosed and she was my exact age (43) at the time. As you can might imagine, I feared that I was doomed to her same fate. Going through this brought back so many memories of her battle, our battle as a family, her mastectomy, her pain, her depression, my depression, the joy and hope of occasional good news and then the heartache of watching her slowly slip away from us for four long years. I was terrified!

TETWP and the medical care I received from GVH and Shaw Cancer Center/Vail Health gave me the hope and support I needed. It was such a relief to be able to get nearly all of the tests I needed locally and feel confidence in our local providers, specifically Dr. Campbell. I was a wreck during a few of our appointments and she saw that I needed support and offered it in a very loving way. Heidi with TETWP was always available to listen and offer emotional support, but it didn’t end there. Along with many Americans, I have a high deductible insurance plan and almost none of my care was covered until I paid $10,000 out of pocket. Between that and paying our premiums, we were looking at spending over $25,000 this year to get the care I needed. Both my husband and I have good full-time jobs in the valley to support our family of four but, like many, we have minimal savings and the expense of my care was a major stressor for our family. No one should have to suffer extreme stress over money when they are just trying to take care of their health needs and get the care they require. I was so relieved and grateful to receive financial support from TETWP to cover some of my testing. It really lifted a major burden off of our shoulders and we were and will always be grateful.

Because of my family history and the radial scars I will need to alternate mammograms and MRIs every six months going forward. I am so thankful to be able to get these tests locally and to have the support of TETWP. Thank you for all you do to support GVH in providing exceptional services to the people in our rural community and for the support you provide to individuals and families. It makes a HUGE difference in a person’s outlook when facing an uncertain future!

< Back to “What Friends Are Saying” 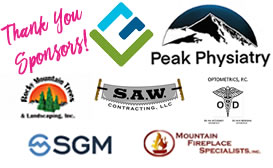